Ms. Tamar Taliashvili Introduces Tbilisi’s Environmental Reform to the Bureau of the Congress

Ms. Taliashvili talked about decentralization reform and a role of local authorities in achieving sustainable environmental goals of the United Nations. She named open governance as the best format for mitigation ecological problems in urban development.

At its meeting on 1 March in Helsinki, the Bureau of the Congress held an exchange of views with Martti Hetemäki, Permanent State Secretary at the Ministry of Finance of Finland.  The Bureau was welcomed by the President of the Finnish Association of Local and Regional Authorities, Sirpa Paatero, who stressed that democratic stability is based on good governance at the local level, because it is the level that has the confidence of citizens.

The Bureau meeting was held in Helsinki at the invitation of the national association in the context of the Finnish Chairmanship of the Committee of Ministers. 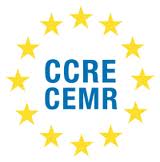